Women’s Health: Probiotics and the Gut 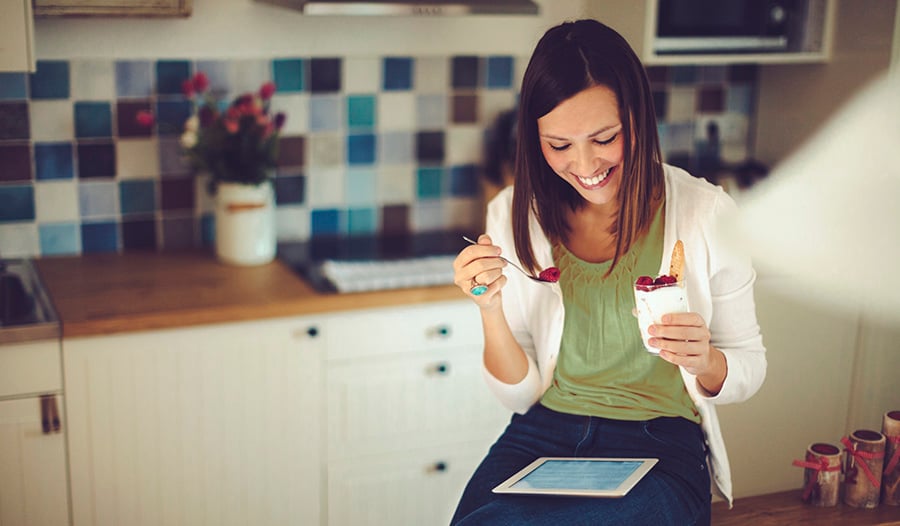 It has been estimated that the average human has about 10 trillion “human cells,” but we also play host to nearly 100 trillion bacteria. This means that we have 10 times more bacterial and yeast cells than we do human cells in and on the human body. Trillions of these beneficial bacteria are found in the respiratory tract, genital tract, and even on our skin, where they play an important protective role, but the majority are found in the intestines. Keeping these bacteria beneficial is the key to maintaining good gut health and is essential to women’s overall health and wellbeing.

Common Health Conditions In Women That Can be Affected by an Unhealthy Gut:

How We Harm the Body’s Beneficial Bacteria

How to Improve Your Gut Health

There are many simple things we can do to improve our gut health. For example, making smart food choices (including cultured and prebiotic foods) and exercising regularly help maintain a healthy gut microbiome. Finding ways to reduce the negative effects of daily stress also benefits our gut as elevated levels of stress hormones will kill beneficial intestinal bacteria. Studies have also shown that fasting for as little a 16 hours and up to 48 hours or more gives the digestive system a break and assists in maintaining intestinal wellness.

Prebiotic foods are rich in a special type of carbohydrate called oligosaccharides (from oligo meaning “a few” and saccharide meaning “sugar”). The gut’s healthy bacteria eat these special sugars to help ensure the gut’s micro-bacterial diversity. In essence, oligosaccharides are “food” for the body to make its own probiotics or beneficial bacteria. Prebiotic supplements can also help improve gut health.

Medical Conditions That Benefit From a Healthy Gut

Over two thousand years ago, Hippocrates preached that all disease begins in the gut. Today, we are realizing the truth of this ancient healer. Common digestive issues that women face include acid reflux, bloating, constipation, diarrhea, and sometimes even colitis, overall colon inflammation. Those with digestive issues are frequently at increased risk for anxiety, depression, recurrent infections, and even auto-immune conditions.

Dyspepsia is an uncomfortable feeling in the stomach that many women experience daily. It may be associated with indigestion, sour stomach, acid reflux, or GERD (also known as gastro-esophageal reflux), which causes an acid-like, burning sensation in the stomach, and in some cases, the throat. Dyspepsia can also be caused by gastritis, an inflammation of the stomach. Probiotics may be of benefit.

IBS or Irritable bowel syndrome affects women more often than men. IBS is generally characterized by abdominal pain, cramping and bloating.  Many sufferers may also have symptoms of constipation, diarrhea, or a combination of the two.

Those with IBS frequently have a leaky gut and multiple food sensitivities. Those with IBS usually improve when offending food triggers are avoided. Common food triggers include dairy products, wheat- or gluten-containing products, soy, corn, and sometimes artificial sweeteners.  If eliminating the trigger does not help, probiotics may be of benefit.

Psychological Conditions That Benefit From a Healthy Gut

General anxiety affects over 100 million women worldwide. For many, the symptoms can be debilitating. Common symptoms include trouble focusing, memory issues, persistent worry, and trouble sleeping. It is not uncommon for a person with anxiety to also have signs of depression. During an acute anxiety attack, the symptoms can be severe and extremely scary, resulting in many women visiting the emergency room.

Symptoms of a Panic Attack:

A 2017 study from New Zealand showed that the lactobacillus strain could be helpful in reducing symptoms of postpartum anxiety symptoms, an ailment that commonly affects women with newborn babies.

Depression is a mood disorder associated with feelings of sadness and loss of pleasure in life. It can become so debilitating that it can lead social withdrawal, substance abuse, and even suicide.  Worldwide, millions of women are affected—it can occur at any age and within any social/economic class. Often, depression stems from traumatic childhood or negative adult experiences that result in unresolved and difficult-to-cope-with issues. However, sometimes depression can occur without an obvious cause. No matter what the cause, seeking the guidance of a health professional is advised.

Vaginal Health Can Benefit From a Healthy Gut

Women may be affected by various ailments that affect vaginal health. These can include yeast infections and, frequently, bacterial vaginosis, a condition of vaginal dysbiosis. These conditions can affect women starting in their teenage years and beyond.

Yeast infections are common in women when there is an imbalance in healthy bacteria, resulting in overgrowth of the candida albicans fungus. Symptoms include vaginal itching, redness, irritation, and white discharge. Common after antibiotic use and in those with a high sugar diet and/or those with diabetes, vaginal yeast infection will affect three in four women at least once in their lifetime.

Bacterial vaginosis results when a specific bacterium, Gardnerella vaginalis, overgrows in the vaginal canal. Studies have shown the probiotic saccharomyces cerevisiae and saccharomyces boulardi when taken orally, can exert its benefits to vaginal health and help prevent bacterial vaginosis infections. Strains of lactobacillus probiotics are also helpful, according to a 2014 study, while another 2014 study supported probiotic benefits for women’s health and concluded there were no harms identified.

45,650 Перегляди
While the best source of essential nutrients is a healthy and balanced diet, it’s not always easy for women to eat just the right amount of fruits, vegetables, whole grains, and healthy fats on a daily basis.