The Benefits of Nattokinase for Sinus Health 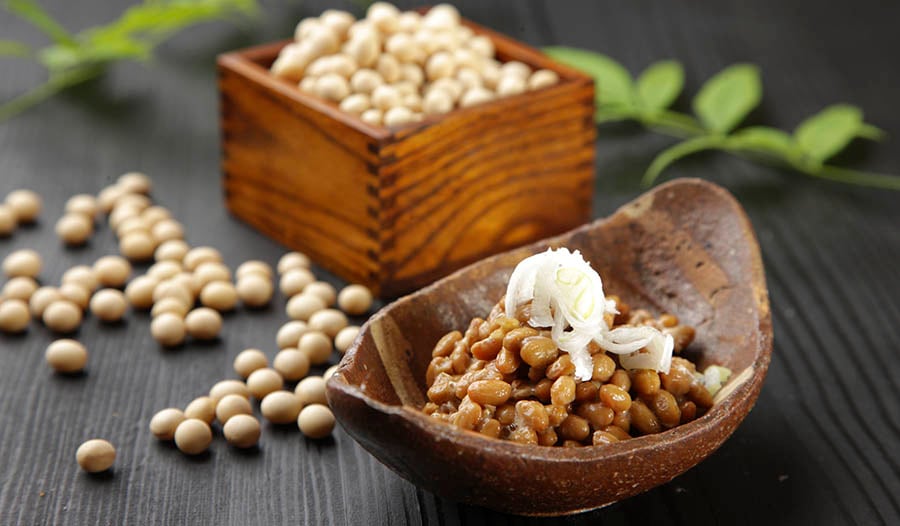 Chronic nasal and sinus inflammation or chronic rhinosinusitis (CRS) is one of the most common chronic diseases in adults. It is characterized by persistent symptomatic inflammation of the nasal mucosa and sinuses. A new study indicates that nattokinase, an enzyme from Nattō, a traditional fermented food from Japan can produce incredibly powerful effects in improving this condition. The breakthrough is that CRS does not tend to respond to conventional drugs, but may respond to nattokinase.

Nattokinase is produced by adding the bacterium Bacillus natto to boiled soybeans. The bacteria try to digest the soybeans by secreting the enzyme. The most popular and scientifically studied application for nattokinase has focused on its potent fibrinolytic (“clot-busting”) activity – what that means is that it breaks down fibrinogen, a component of blood clots and atherosclerotic plaque. Elevated fibrinogen levels are another clear risk factor for cardiovascular disease. In fact, there is a stronger association between cardiovascular deaths and fibrinogen levels than that for cholesterol.

Researchers decided to study nattokinase in CRS because excessive fibrin deposition in the nasal mucosa is a factor in CRS and plays a pivotal role in forming the nasal polyps so common in this condition.

A Quick Look at Nattokinase in Cardiovascular Health

Nattokinase was first identified by Dr. Hiroyuki Sumi in 1980 while he was studying the clot-busting power of a variety of conventional drugs at Chicago University. On a whim, he put some natto in the Petri dish containing a blood clot (thrombus). Much to his surprise, the thrombus was completely dissolved with 18 hours, which turned out to be considerably far less time than the drugs he was working with. He later went on to isolate nattokinase and has since examined its significance extensively.

In clinical studies nattokinase has been shown to:

The ability to improve blood vessel health was quite obvious from the results from a double-blind study in patients with high blood pressure. In the study 73 subjects with baseline untreated moderate high blood pressure of 130-159/100-120 mm Hg were randomized to take either nattokinase (2000 FU/capsule per day) or placebo. At the end of 8 weeks, subjects in the nattokinase-supplemented group showed a significant reduction in SBP (5.5 mm Hg) and diastolic blood pressure (2.84 mm Hg), compared to subjects in the placebo group. The typical dosage for nattokinase is 100 mg (2,000 FU) once or twice daily.

Nattokinase benefits are not limited to the cardiovascular system as excessive fibrin formation is a feature in many other health conditions. That is why researchers at Fukai University in Japan sought to investigate its potential in CRS, nasal polyp formation, and asthma. What they did was take pieces of nasal polyps from CRS patients and incubated them with either with saline or nattokinase at 37 °C for 24 hours. The researchers then assessed the presence of fibrin in the collected nasal polyp tissue in order to determine if nattokinase was able to break it down. To examine the effects of nattokinase on respiratory tract mucus, the nasal discharge and sputum from patients with CRS and asthma, respectively, were incubated with nattokinase solution at 37 °C for 1 hour.

The results showed that nattokinase effectively shrinks the nasal polyp tissue through fibrin degradation. Researchers also found that the viscosity of the nasal discharge and sputum from patients with CRS and asthma, respectively, was significantly reduced by incubation with nattokinase solution.

The authors concluded that nattokinase may be an effective therapeutic option in patients with CRS and asthma by causing the breakdown of fibrin.

One of most important features of the nasal passages, sinuses, and healthy airways is the elasticity and fluidity of the respiratory tract secretions. If the mucus is too thick and viscous, it creates a scenario that fosters inflammation, blocked airways, polyp formation and difficulty in breathing. What the study highlighted above indicates is that nattokinase can improve these secretions and, as a result, reduce the inflammation of the airways, reduce polyp formation, and promote easier breathing. This effect is similar to other enzymes such as bromelain and serrapeptidase. And, indicates that nattokinase is a strong consideration in conditions beyond CRS such as chronic obstructive pulmonary disease (COPD), bronchitis, and sinusitis.

Nattokinase should be used with caution if you are taking Coumadin or antiplatelet drugs (including aspirin, but especially drugs like Plavix or Ticlid) as it may increase bleeding tendencies.

61,965 Перегляди
Millions of people worldwide visit their doctors each year with complaints related to their sinuses. "Sinus" is the term commonly used to describe anatomy that doctors refer to as paranasal sinuses. Sinuses are hollow “caves” in the human skull, which are essentially absent in newborns but develop fully by around age 8 and reach their full adult size by puberty.

39,351 Перегляди
Eczema, or atopic dermatitis, is a very common skin condition affecting both adults and children. It is characterized by red, itchy and scratchy patches of skin. It more commonly affects children but can affect adults as well. This is a chronic condition, but it does tend to flare up periodically, especially if aggravated by certain environmental factors, food types or other variables. At this time, there is no cure for eczema, but there are many treatment options that can help alleviate itching and prevent further outbreaks.